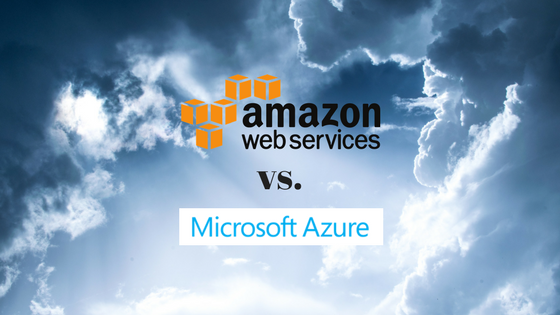 In the battle for public cloud providers, Microsoft expects to capitalize on its massive installed base of businesses and its hybrid approach to the AWS level.

AWS is certainly leading the public cloud provider market, but behind it, the competition is getting organized, and the most important start is given by Microsoft Azure. The Redmond firm has made progress with its very large footprint in companies, and the wind continues to blow in its direction

AWS vs. Azure: a race to the feature

The biggest difference between Azure and AWS stands in the specifics that make products and services interconnected and how they build their global reach. Azure is in front of AWS for Points of Presence with 36 world regions, four of which have multiple Availability Zones. AWS has 18 regions, almost all of which have multiple Availability Zones, as well as outlying locations to extend the CloudFront and Route 53 reach worldwide.

In addition to their global presence, Azure and AWS also battle in the field of cloud features and services. For example, AWS tends to be #1, if we measure the variety of its IaaS services, but Azure has a solid portfolio of PaaS services. Although AWS has more granular configurations and pricing options for IaaS, Azure offers a more dense collection of services in PaaS.

In addition, Azure launched its B Series of virtual machines for entry-level workloads such as web servers, small databases, and development and test workloads. Pricing is suitable for temporary and volume workloads that could result in significant expense with other more traditional models.

Azure is definitely catching up on AWS in terms of functionality, but in terms of reliability, performance, and uptime, Azure is safe to say that is still far behind AWS.

Azure: the advantage of the company DNA and hybridization

AWS has been a launching pad for startups born with the cloud-like Netflix or Reddit. But companies that have already invested in the Microsoft ecosystem and Windows servers tend to consider Azure nowadays. Microsoft has already built relationships and signed contracts with large companies, and it is therefore often the first cloud provider on the list of these companies.

And when it comes to the hybrid cloud, Azure makes it easy to integrate on-premise applications with Azure-hosted applications through services like Azure Active Directory Connect, Azure StorSimple, SQL Server Stretch Database, and Azure Stack.

The need for a careful comparison

This growing adoption of Azure is evidenced by Sumo Logic’s State of Modern Applications in the Cloud report (analytics service). While Linux has long been the dominant OS on AWS – accounting for 80% of the cases, according to the survey data – the use of Linux in Azure has gone from 4% to 16% in one year, an increase of 300%, says the report.

But a comparison is never easy when it comes to evaluating public cloud providers like Azure and AWS. This needs to be put in context. Total public IaaS spending is still lower than on-site infrastructure, but the potential is huge.

How Writing CSS with SASS Can Help You Save Time

5 Predictions for the Future of Programming

Is Your App Crashing? Here Is What You Can Do