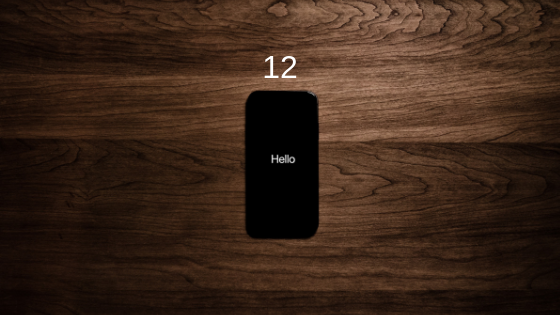 Following the release of the iOS GM versions of iOS 12, tvOS 12 and watchOS 5, Apple finally opened the floodgates for apps optimized for its new operating systems, and now allows developers to submit their creations designed with the latest SDK. Starting this month, all new apps and existing app updates will need to be compatible with the new iPhone XS Max and its giant 6.5-inch screen. Titles destined for the smartwatch will have to support the Apple Watch Series 4, which will be able to offer new experiences thanks to its big screen and the haptic feedback of the Digital Crown. Developers can finally prepare for the arrival of MacOS Mojave and its new Mac App Store by completing their app listings. As a reminder, the new app store, modeled on its counterpart for iOS, can present video previews and up to 10 screenshots.

With this new version, the group of Team Cook promises much better performance than previous editions. “Even if the environment is very busy, applications will be able to run twice as fast, and the keyboard will run 70 percent faster,” said Apple. From the iPhone 5s released in 2013 to the latest iPhone X marketed in 2017, “iOS 12 will optimize the velocity of a wide range of our terminals, as no other version had done so far,” said the manufacturer.

iOS 12 inaugurates a new version of ARKit (2.0). It comes with new possibilities for detection and tracking of graphics objects, as well as a multi-user mode. Designed in partnership with Pixar, a new augmented reality format (called USDZ for Universal Scene Description) will also facilitate the integration of augmented reality to iOS applications (Messages, Mails, News, Safari etc.).

OS 12 introduces a graphical environment to create personalized Memoji (with the possibility to choose a style, a hairstyle, accessories etc.). They can then be integrated into the Messages application.

The device Do Not Disturb (designed to put iOS in sleep when the user does not wish to be disturbed) is enriched. It now allows you to block or regulate phone calls and notifications both by time, location, or an action on the device.

iOS 12 improves the management of photos. In this regard, it includes an image search engine with multi-criteria filters or a sharing feature that automatically suggests contacts to send photos based on the appointment history.

The Siri voice assistant is equipped with a function called “shortcut” to automate certain actions based on predefined voice requests by the user. “IOS application developers will be able to rely on it to propose new modes of interaction,” says Apple. The goal is to open third-party iOS apps on the ability to be controlled by voice commands.

iOS 12 should also allow saving two different faces in Face ID facial recognition module. An evolution that could prove practical in the case of an iOS terminal used by two people.

Apple is used to delivering a major new version of iOS every year. iOS 13 should, therefore, be launched in 2019. If the group follows the same roadmap as previous editions of the mobile system, iOS 13 should be presented at its annual conference for developers (WWDC), whose next edition should be held in June of next year. In the wake of the event, a beta of iOS 13 should be proposed. As for the final version, its release could take place at the end of summer 2019, in September. For the time being, no information has leaked about developments that could introduce iOS 13.

Previous article In-house vs. Outsourced IT: What Is the Best Choice for Your Business?

Main Advantages of Ruby on Rails

Boost Your Software as a Service (SaaS) Product Development

What Can Robots Be Used for?