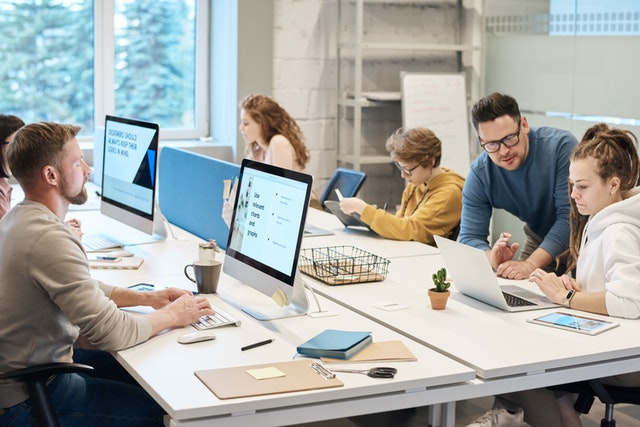 Outsourcing is the employment of a third-party individual or team that helps with development in the IT and software development industries. In recent years, it has become more popular for companies to outsource tasks and even whole projects. However, over the past year, in particular, it’s been a central part of development.

There are two main types of sourcing: through outsourcing or with in-house developers.

The process of outsourcing is one thing but knowing when to outsource is just as important. Here are 5 reasons to outsource in the IT industry:

Occasionally, there may be a development project that requires skills the in-house team doesn’t have. This is where outsourcing is extremely beneficial since companies can choose third-party developers who have specialties in certain areas or one team that can handle all aspects of development.

The Wrong Developers are Being Employed

Generally referred to as a “mis-hire”, developers may go through the hiring process, land the job, and leave the company for one reason or another a few months later. This could indicate that something went wrong along the way, whether they were hired for the wrong position, possessed a different set of skills (potentially due to miscommunication), or so on.

Individually or collectively, there might be situations where any or all of the in-house developers lack a certain skill. This could be a result of technological advances or the discovery of a skill that benefits development. Outsourcing is meant to solve this issue by filling in the blanks where it’s needed.

There is Inexperience Among Developers

New hires are sometimes new to development as well. This may mean they need to be trained to do things how a company wants them done. More experienced developers adapt much quicker than newer developers. Onboarding is a good way to combat this, but it isn’t a good fit for time-sensitive development projects.

The rate of demand for software and IT development products has increased exponentially, thus making it more challenging for developers to work on a timeline. Sizes of teams, their collective skills and experience levels, resources available, and more also affect a business’s ability to produce products quickly. Outsourcing helps with skills, resources, and time management plans to get developmental projects completed on time—causing businesses less stress and improving quality as well.

Size and Expectations of IT Outsourcing Projects in 2019

What Are IT Outsourcing Services And Why You Should Consider Them

IT Job Trends in the Romanian Labor Market in 2019

The Main Benefits of Outsourcing to Cluj-Napoca