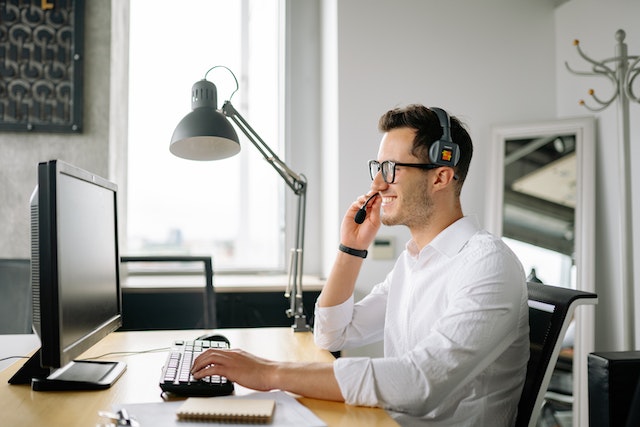 In more than 200 countries, guests may book a room through Airbnb. It facilitates lodging arrangements between vacationers and hosts, offering rooms or entire apartments for short stays. By 2020, Airbnb was home to more than 2 million guests every night. The solution uses Ruby on Rails for web development in its technical stack.

Airbnb’s original stack of technologies included Javascript, PHP, and HTML. Airbnb, however, eventually shifted to the Ruby on Rails framework. The framework allowed for quick development. The reduced development cost was a major benefit of switching to Ruby on Rails.

Shopify, Groupon, Fiverr, Goodreads, Hulu, and many others also employ Ruby on Rails as part of their technology stack, alongside Airbnb. Websites built using the Ruby on Rails framework have a solid foundation thanks to robust backend development that supports business- and consumer-focused solutions.

The Current Ruby on Rails Landscape

There are presently 1,088,355 websites built using the Ruby on Rails platform. About 6.43 percent of these sites and applications cater to the computing, electronics, and technology sector.

The best Ruby on Rails site is archiveofourown.org. The site averages 434,9 million monthly pageviews. Software development based on the Ruby on Rails framework facilitates scalability and the management of high volumes of traffic. Shopify, the most popular online store builder, employs Rails to service its 300,000+ customers.

The number of people who use Ruby on Rails to create software is staggering. GitHub has 4400 active contributors. Over 130 million copies of the framework have been downloaded. Ruby, the language used by Ruby on Rails, is ranked in the top 20 most popular programming languages by the TIOBE Index.

6 Reasons Why Top Companies Use Ruby on Rails

For programmers, Ruby on Rails marked the triumph of convention over configuration. Programmers are fans of the idea since it reduces the need for repetitive coding. An entirely new approach to the software design paradigm shifted at the highest levels of development.

Ruby on Rails is heavily based on best practices for software development. Building applications is easier using the framework. Let’s look at some other reasons leading businesses still contract with Ruby on Rails development firms.

Rails is well known for its speed. Ruby on Rails app development lowers code repetition. In a nutshell, it does what it says and works reliably and effectively. Developers now have more time for customer interaction and requirements gathering. To put it another way, coding has become an easy job rather than a difficult one.

When using Ruby on Rails, time spent developing may be cut by a quarter to a half. There is a significant reduction in the quantity of code. The features, however, are unchanged. If you need a plugin for something, you can find it in the extensive RubyGems library. It’s a term used frequently to describe new forms of technological innovation.

The scope of the Ruby on Rails ecosystem is enormous. It works well with creating sophisticated apps. Functions like object-oriented programming and the ability to connect with external services are only the beginning. When used together, these features make for a very remarkable MVP.

The simplicity of the structure allows for significant savings in those three areas. Minimal viable products (MVPs) are simple to expand (both laterally and vertically). Making a minimum viable product (MVP) is often the first step for a Ruby on Rails business. The time it takes to produce an MVP is reduced by using the agile development methodology. Twitter’s early days as a startup were spent with Rails in the company’s technological stack.

The framework’s programming concepts are another attraction for major firms seeking to recruit Ruby on Rails experts. By prioritizing convention over configuration, developers may continue operating in familiar settings. Not having to make any impromptu adjustments to the setting is a huge relief.

The DRY principle (Don’t Repeat Yourself) is an additional consideration. Making it easier to share and reuse code reduces the need for inefficiently written programs. And then there’s testing automation, which makes automated testing possible. Using localization, programmers may easily build online applications for specific regions or audiences in their native tongue.

The Ruby on Rails framework is highly malleable. The planned improvements make it appropriate for developing apps that use the most recent integrations. It’s safe to say that Rails 7.0 will alter the landscape for programmers. Of course, Rails already provides individual modules for everything you could possibly need. Modules can be used to replace missing functionality that developers overlooked.

In Ruby on Rails, developers may make changes or deletions quickly and simply. One problem may have several answers. There is virtually no restriction on how the framework may be used.

When developers encounter problems, the community rallies to help. Can’t seem to fit that diamond in there? Use GitHub to find assistance. Developers may find code repositories to employ in their programs. The community is always willing to lend a hand when it comes to development needs.

In addition, Ruby on Rails’ extensive documentation is a great resource for builders. Software engineers may now ask for help from their peers when they get stuck. There are programmers out there who work together on various projects to provide superior outcomes.

In conclusion, Ruby on Rails has developed into a fully functional framework. It provides a great deal of steadiness while making progress. It is a popular misconception that Ruby on Rails is no longer being developed. Contrary to popular belief, however, this is not correct. Unfortunately, Rails’ popularity has outpaced its functionality. Ruby on Rails companies employs developers with ample experience in building anything.

Today, a plethora of businesses provide Ruby on Rails consulting services. They look at the current Rails products and provide recommendations for enhancements. As more and more businesses update to the latest version of Rails, a popular strategy is to do a Ruby on Rails migration.

A few years ago was the pinnacle of Ruby on Rails’s popularity. But it doesn’t mean it’s out of the woods yet. Every Ruby software development business continues to use the framework as its first choice. Because of its durability, speed, dependability, and scalability, it is well-suited for business and consumer-oriented software. However, to its maturity, using Rails in the technological stack needs the support of professionals and experienced engineers.

Next article 5 Web Development Trends for 2022

Why Kotlin Is a Great Choice for Server-Side Development?

Is Aurelia a Good Choice for Starting a New Project?