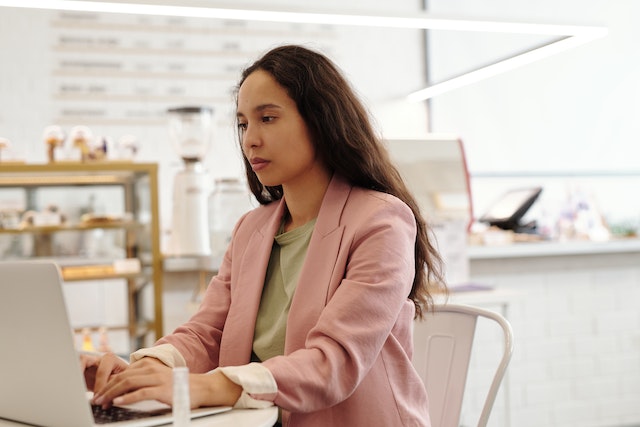 Over the years, the technology world has seen some crossroad innovations, and new technologies have arisen aiming to transform the way the industry operates. One of these new technologies is Software as a Service.

What is a SaaS application?

Software as a service, often known as SaaS, is a web-based application that operates quite differently from traditional desktop programs. Thanks to its subscription model, you may access it from any browser with an internet connection, eliminating the need to download and install it locally on your device.

The accessibility of SaaS applications may be attributed to the cloud infrastructure that hosts them. SaaS applications are hosted in the private or public cloud, and their development and rollout are also carried out in the cloud.

Brief Description of the Software as a Service Market

It’s remarkable how quickly the SaaS model has caught on worldwide. The idea of software as a service (SaaS) was first met with skepticism and resistance from the market about ten years ago but has since gained significant momentum and is rapidly becoming more dominant. Here are some numbers that bear that out:

Statista predicts that by 2025, the European SaaS industry will earn between €1.6 billion and €4.1 billion in revenue from each of the top five nations, which includes Italy, the Netherlands, and Belgium.

In 2023, the value of Japan’s SaaS market is expected to rise beyond 1.5 billion.

By 2026, public cloud investment is expected to account for more than 45% of total company IT spending, according to Gartner.

This sector’s recent profit growth has been so spectacular that many businesses are making the creation of SaaS apps a top priority as they plot their strategies for expansion. With profits like this rising, now is the time to enter this exciting sector.

Why is a SaaS app important for fast business growth?

You know the various advantages of SaaS for firms who choose SaaS-only solutions. Some of the reasons your company should create a SaaS application are already given below, but we wanted to highlight them for you.

SaaS applications’ ubiquitous accessibility is what distinguishes them from the software norm. As was previously indicated, you may use it whenever and anywhere you choose as long as you have an internet connection.

As the software is accessible from anywhere, anytime, salespeople who spend most of their time on the road would benefit greatly from the SaaS CRM.

When it comes down to it, customers are more likely to value a piece of software that doesn’t need them to waste time on installation procedures and can be put to use right away, which ultimately helps your company.

The percentage of people using the App naturally increases, which is great news for the company.

Expand and integrate according to your needs.

There was a time when the thought of using a new piece of software was enough to send shivers down our spines because of the potential for incompatibility with other, more familiar applications.

The advancements in technology over the years have allowed SaaS CRM app customers to expand their CRM solutions by integrating with other products on the market.

This means you may keep working the way you have been without worrying about a potential technical conflict.

Privacy is a primary issue for app users. Users quickly lose interest in a product if its security is insufficient.

Though the software is a service, things are different since the provider of such an app must take care of the information its users entrust to it. Customers’ information is well taken care of, and security is a major concern.

Customers and users give SaaS serious consideration before utilizing it because of the efficacy of the security services it purports to provide.

Market Penetration SaaS applications are available to any user or company, regardless of the company’s industry or size. Popular examples are Google Apps, Dropbox, and Adobe’s suite of services; these companies don’t cater to any one demographic, and their products are used by everyone today.

Put that anxiety to rest: if you’ve done SaaS app development well, your users will be actively involved in the app.

The following are some of the most typical difficulties that companies have during the creation of a SaaS app:

An integral part of every successful SaaS solution is the ability to accept payments. This function allows customers to pay for subscriptions and engage in other monetization and pricing operations.

A difficulty when discussing payment functionality is the integration itself, which is sometimes difficult due to the complexity of the technological requirements.

Stripe, PayPal, QuickPay, Braintree, and Skrill are general payment options that may be linked to SaaS applications. Although the difficulty of integrating these payment systems is a concern, each platform provides API documentation to aid users in doing so.

To get beyond this obstacle, it’s important to hire a development team. Having a qualified QA to run manual and automated tests is crucial to ensuring a smooth third-party integration.

Cloud-based SaaS applications store vast amounts of private data that can be accessed practically from any device; using a SaaS app is easy and requires nothing more than access to the internet. Because it is hackable, this convenience may occasionally become a dead loss.

SSL and TLS, the two most used security protocols, may encrypt data sent from a user to a server and from one user to another. A viable security measure cannot be derived from this.

Maintenance of frequent updates is the responsibility of businesses. If this isn’t attended to before a new system version is published, the user may be unable to fully use the system.

An effective development team may be hired to assist in fixing this problem. The service is completely functional and stays that way throughout the deployment process.

We refer to the older program as the blue environment and the current one as the green environment. This is why the no-downtime technique is referred to as a blue-green strategy.

Personalization of the system is a critical factor to think about. From the surface layer down to the hardware.

Everything is tailored to each customer’s specific needs and preferred style. While meeting such needs may seem like a huge hassle, doing so may improve the system in the long term if it is planned and handled efficiently and flexibly.

What is the Average Price of a SaaS Application?

The time has come to delve into the budget guide now that we understand the development process, the obstacles we will face, and the common pitfalls we expect to see.

Fortunately, a few elements will help you see more clearly when determining the cost of your SaaS service. Costs may be estimated with the help of the application’s features, the selected SaaS technology, and other services.

Given the increasing interest in this topic, developing a SaaS application in 2022 and beyond is a good idea. You may always return to this guide if you need help exploring SaaS for the first time.

Previous article What Is an MVP — And Why Is It Important?

Why and How to Make Your App Work Offline

Can Autonomous Cars Be Hacked

Is Elixir a Good Language to Use for Creating a Minimal Viable App?