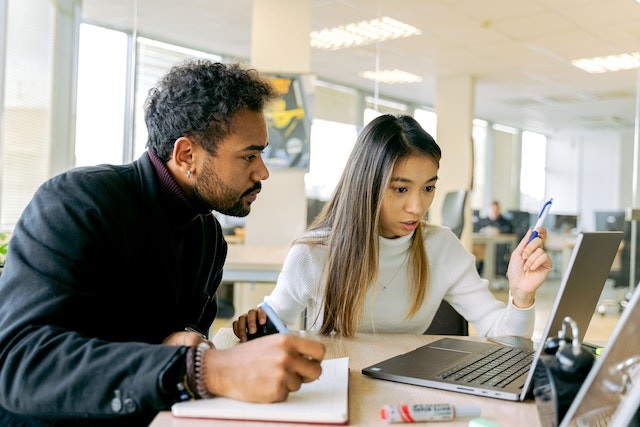 There is a growing reliance on apps for every aspect of our lives. Indeed, apps can help us with anything from managing our finances to shopping online and doctor’s appointments. The growing popularity of apps is reflected by the sheer number of downloads. In 2021 users realized more than 230 billion app downloads for mobile alone. So as applications grow in popularity both on mobile and other devices, now is the time to ask which one is better between mobile and desktop apps.

Mobile and desktop apps each have their advantages and disadvantages, so it is important to choose one or the other depending on your needs and goals.

Everything You Need to Know About Desktop Apps

A desktop app is an application that is installed and runs locally on your desktop computer or laptop. Desktop applications can be run in some cases without an internet connection and at the same time as other applications. Microsoft Word, web browsers such as Firefox or Chrome, and music players such as iTunes are examples of desktop apps.

The Pros of Desktop apps

In some cases, as mentioned, desktop apps can be used without internet access or when connectivity is poor. Microsoft Word is a good example of this, as one can write and edit text even when offline. The reason this is the case is that the application is installed locally on your computer.

The other advantage of desktop apps is that they have better integration with your hardware and improved performance. Locally run apps can be faster than web apps, as connectivity is not an issue.

Desktop apps can also be considered safer than web apps since data, and personal information is stored locally.

Finally, there is also the point regarding ownership, and intellectual property, as files stored locally are owned by the creator in comparison to when files are created and stored in the cloud in the case of web apps.

The Cons of Desktop Apps

Since the application is stored locally, the user must ensure it has sufficient hard drive space to run the application. Some applications can take up a massive amount of space, as is the case in editing software, which can impact the performance of the computer negatively.

Since the application is stored locally, you cannot access it from another device unless you download it to that specific device. This can also be limited due to license issues. The other problem is that the desktop app might require searching and performing updates manually.

Everything You Need to Know About Web Apps

Contrary to desktop apps, web apps are stored remotely on a web server and are accessible through a web browser. The interface of the web app allows the user to create, delete and manipulate data within the interface. A text editor like Google Docs is a web app. As technology evolves, web apps are getting more and more sophisticated.

The Pros of Web Apps

Web apps can be accessed and used by most devices connected to the internet via a web browser since they don’t depend on specific hardware or systems like Linux, Mac, or Windows.

As such, web applications don’t necessitate downloading and installation. They are accessible by a web link after your user account is created, meaning that they don’t occupy space on your hard drive.

Since web apps are available inside a web browser, they are not resource-intensive and can be used on older and newer devices with ease. Various types of devices can also be used, such as laptops, tablets, and mobile devices, allowing you easy access if you have an internet connection.

Updates are also done automatically, so you spend less time managing software updates and more time focused on the tasks at hand.

The Cons of Web Apps

As mentioned earlier, web apps require an internet connection. If there is no internet connection, then users won’t be able to access the app. Network issues like network congestion or heavy demand for the app might also impact its performance negatively. If the company allowing you access to the web app is having issues or doing server maintenance, that may also impact your ability to access the app and the files and data associated with it. Remember that a web app, while fast, is usually slower than its desktop version for the reasons mentioned above.

Also, having data stored in the cloud while generally safe can also lead to potential security and privacy issues in cases of breaches.

Web apps, while generally cheaper, also come in the form of a subscription model, which means that costs can quickly add up as you might need to access other features or increase usage.

And The Winner is….

As mentioned, it all depends on your needs and constraints. If you want to be able to access the app on a variety of devices and have limited hard disk space, then go for the web app. If you need to be able to use the application offline and are concerned about privacy, then a desktop might be the way to go.

Next article The 4 Levels of Software Testing

Why Cryptocurrency Developers Are so Valuable in 2018?