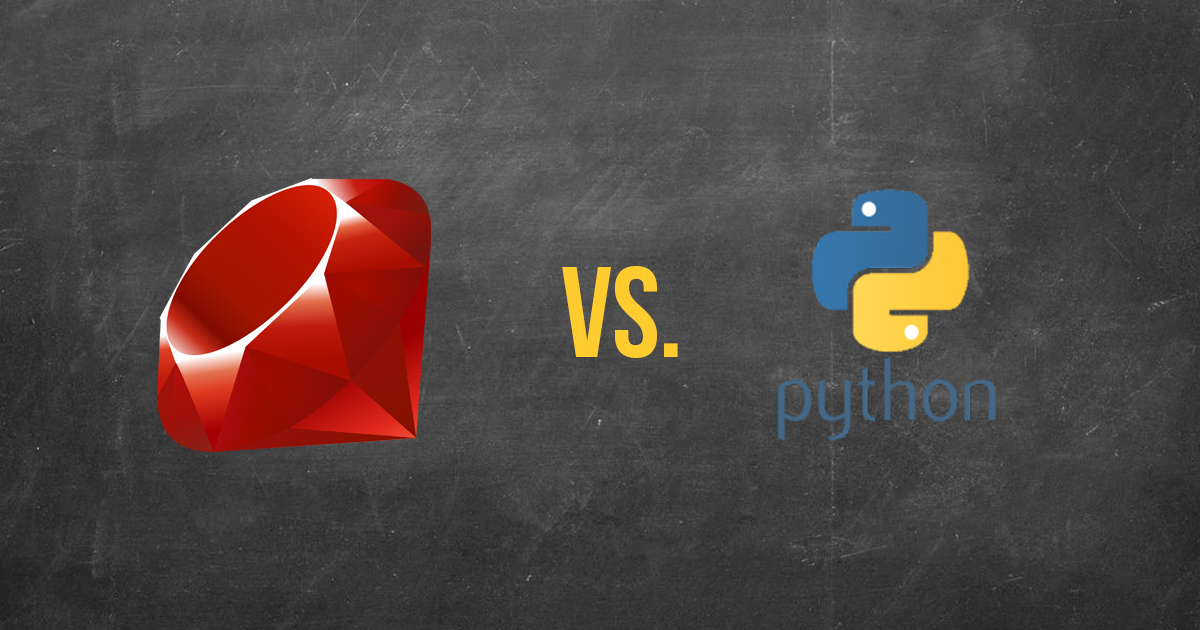 Yes, it is a question asked for such a long time and the two languages are compared all the time. If you’re looking for a straightforward answer, here it is: it depends.

It depends, because the two are the best examples of new generation high-level programming languages. They focus on simplicity and getting things done faster, and although they have many differences to set a deciding factor, they have some similarities, too.

Speaking of the similarities, here they are:

Python and Ruby are both object-oriented languages. They are also both excellent for web development, used mostly by entrepreneurs and startups, because they are providing interactive shell, persistence support and standard libraries, using their built-in frameworks – Ruby on Rails (Ruby) or Django (Python). They have huge communities that back them up and the programmers are recommending them open-heartedly.

Now, speaking for one at a time:

Ruby, created in 1995 by Yukihiro “Matz” Masumoto, is influenced by C++, Java and Perl. Well known examples of sites running Ruby are Twitter, Shopify, Apple, Airbnb, Hulu or Groupon. Ruby is an object-oriented system where everything is an object or block, treated as a unit within the program – even global variables, classes and modules (functions and operators are the methods for objects) – and has the simplest model for getting things done. Ruby programmers recommend it because it is powerful, elegant and expressive, it makes them tend to write apps that are full of lots of short well thought out objects and methods that promote reuse. It is best used for high traffic sites and apps that need to run fast. It has tons of features out of the box for web development (very web focused), it’s infinitely flexible for programmers, giving them a feeling that they can work with magic.

– A big set of built in data structures

Used mostly in the fields of science and data, Python is the language to have when wanting efficiency and supporting heavy calculation apps. With its Django framework, Python enables programming for super-fast development. It has an elegant design, supporting multiple ways for building the structure of computer programs, used for data-heavy sites and servers with huge-traffic volumes. It is best used for prototypes and data analysis, because it  is designed with the purpose of productivity and code readability (it is arguably  the most readable programming language).

– Runs in multiple platforms and systems.

In conclusion, both offer fast and efficient solutions and they are backed up by huge loyal followings. The deciding factor might be this: if you want a site or an app that is focused on processing and computing a lot of data, Python is the answer. If you want rapid prototype apps that run on heavy traffic, Ruby is the fastest option to choose.

Talking with our expert developers helps you with more insight for what’s best for your business.

Next article Migrate Your Objective C Apps to Swift