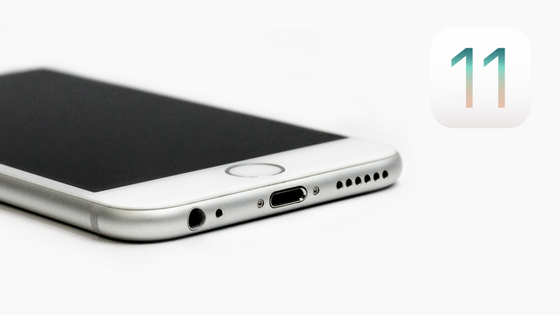 These days, we are witnessing something big for Apple. While, on the first hand, the firm recently launched and presented the highly anticipated iPhone X during its keynote, users are now ready and eager to try out iOS 11 on their devices. With this operating system already put up for download, what can we take note of in changes or new things for the future? Here’s a list:

One of the rather expected features was the Files App. The management application is now available and allows the user to see all his/her files and documents in one and the same place.

The augmented reality is one of the spearheads of Apple, which never ceases to want to democratize it with the general public. Thus, iOS 11 includes ARKit, a tool allowing developers to create applications using augmented reality. Many apps using the tool should therefore soon see the light of day.

As Apple had previously announced during a patent filing, the firm is working on the use of deep learning. The objective: to make the voice of Siri more fluid, more natural. The results show that Siri has significantly improved between iOS 9 (2015) and iOS 11 (2017).

Apple had announced that iOS 11 would be a great step forward for the iPad and its users, and this seems to be the case. The new Dock provides much faster access to favorite applications and documents. On the other hand, iOS 11 makes the split screen possible and introduces the drag and drop, making the user work more easily.

Now the control center takes the entire screen and offers more content than the previous version. Also, it is also customizable from the parametres.

Where Notes was just a basic application to note some basic information, the app now offers many more possibilities, including direct document scanning. Also, the Apple Pencil also offers a new feature: the annotation of documents directly after scanning.

The App Store changed the look and the interface completely. There is now  a distinction between games and other applications, and much more editorial content. While the wish list disappears, the App Store will put an app forward every day.

As Apple had previously announced, SMS and notifications will be blocked while driving so they will not be distractions to the driver.

If one can discover a lot of new features very enticing, it still lacks a highly anticipated environment in the media department. Indeed, Apple News has already been available for many months in the United States as well as in other English-speaking markets, but still not in more other countries and regions. However, many developments have emerged since its announcement as the arrival of native advertising, the adaptation of the SDK of Facebook Instant Articles to the format of Apple. The brand with the apple has still not announced anything regarding Apple News, much to the dismay of publishers very fond of the platforms.

Aside from Files and Augmented Reality, iOS 11 does not offer major changes, but it does give the user more control over his device, in the fact that more tools are now customizable.

Previous article Scala – a Programming Language with a lot of Advantages

Next article Are You Ready to Outsource?

The Developer Options on Android