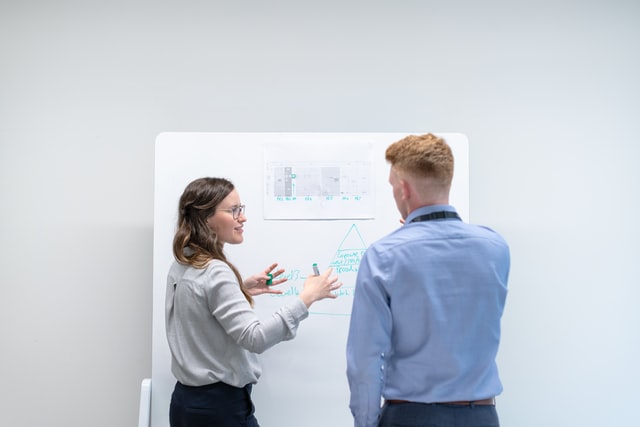 Outsourcing can be a very profitable business technique when two parties join together with the same idea.

Sometimes, a smaller business will be more likely to link up with larger companies to handle tasks such as in the hiring process or Human Resources tasks. By doing this, the smaller company builds its clientele and simultaneously saves money, and builds its reputation.

In 2019, more than 4.2 billion internet users used the internet, and half of those users gained access via mobile devices. With roughly 2.7 billion users globally, it’s easy to see that the mobile app development business is, in fact, a booming business.

Based on these numbers and the steady increase of internet users, it is estimated that these figures will continue to progress through the upcoming years.

IT, networking, and software companies mainly provide their services by outsourcing their work. By using these resources and creating apps, app development companies have reduced costs, trimmed down the marketing time frame while still producing quality products. A Statista study indicated that IT companies used outsourcing methods 52.5% of the time due to better business opportunities.

Now, let’s take a look at how outsourcing can be a great idea for mobile developers and product creation.

How outsourcing mobile app development is worth it

With so many users accessing the internet, information can be shared instantly. The ability to collaborate on work and communicate has boomed the IT industry into being a market of over $180 billion for total revenue, part of which is mobile app development.

Custom designs are part of the customer-friendly focus that development methodologies like Agile and Lean tend to lean towards. The design of web apps holds such high importance that customers are more likely to change to a competitor versus having a bad design experience.

Outsourcing has become the obvious answer to handling the caseload with growing demands.

It’s obvious why companies have to stay current with the digital market. As an affordable option, the bang is worth the buck. Being able to reach a broader spectrum of skills that may be outside of in-house operations is the main cause of this kind of thinking.

The main benefit of outsourcing app development is the fast turnaround. An entire team will take on the task of developing your product.

Project managers and analysts who bring a different perspective and a more hands-on-deck are included in that team.

This eliminates the time taken with in-house operations being broken up into teams.

There are pros to in-house development. But, when looking for hired talent, outsourcing is the best bet. When outsourcing app development, you can access a broader spectrum of approaches and intellect other develops may use. An example of this would be considering developers from Eastern European countries such as Romania. All of these pools would vary in expertise, allowing you to select the talent that best fits your product.

A single mobile app development company can develop Android and iOS because these companies bring in multiple types of developers, both native and hybrid. This allows for more options and doesn’t restrict the company to in-house viewpoints.

Whether it’s an ongoing project or a one-time deal, mobile app development being outsourced is usually the best bet.

That being said, in-house operations can get expensive quickly when assembling teams and acquiring necessary tools. Employees are paid on a monthly basis, and there are recurring maintenance fees to be added to the bet. A more realistic approach would be outsourcing.

Previous article 8 IT Outsourcing Trends to Watch in 2022

Next article 2021 Year in Review- The Romanian IT Industry

Boost Your Software as a Service (SaaS) Product Development