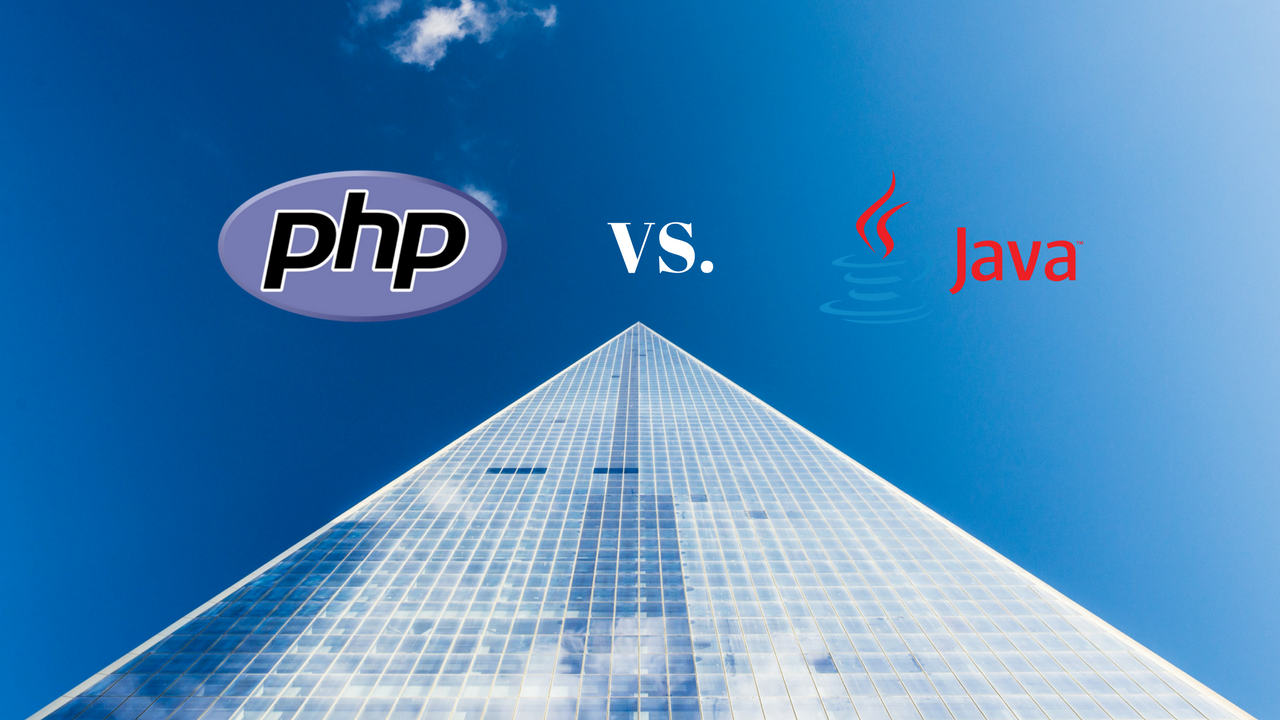 Currently, there are a number of programming languages that allow the creation of web pages, languages that have been appearing as the Internet has evolved and the requirements of servers and the speed of connections have been changing.

Initially, web programming languages were static languages that made web pages designed using these languages not very flexible. Currently, thanks to the evolution of technology and, above all, the demands of users and Internet users, new dynamic languages have appeared that manage powerful databases and that have allowed these solutions to be solved, allowing users to interact with the webs and among themselves.

In this article we will show you how Java and PHP can be the choice for your business.

Java is a general-purpose object-oriented programming language developed by Sun Microsystems. It can also be said that Java is a technology that not only reduces the language but also provides a Java virtual machine that allows Java compiled code to be executed, whatever the platform that exists below; platform both hardware, and software (the operating system that supports that hardware). The support for this technology is given by the large number of manufacturers that support this virtual machine specifications.

The Java language can be described as follows:

In summary, Java offers all the functionality of powerful languages, but without the least used and most confusing features of these.

Java removes many of the features of other languages ​​such as C ++, to keep language specifications down and add useful features such as the garbage collector. It is not necessary to worry about freeing up memory, the collector is responsible for eliminating the assigned memory. Thanks to the collector, you only have to worry about creating the relevant objects of your system since he is in charge of destroying them if they are not reused.

Java reduces by 50% the most common programming errors with languages ​​such as C and C ++. Among the most “undesirable” features of C ++ that have been avoided in Java design include: header files, pointer arithmetic, operator overload, structures, unions, implicit type conversion, virtual base classes, pre-processor, etc.

Strictly speaking, Java is interpreted, although in reality Java is both interpreted and compiled. In fact, only about 20% of the Java code is interpreted by the JVM (Java Virtual Machine), but it is 20% very important. Both Java security and its ability to be executed on multiple platforms are due to the fact that the final steps of the compilation are handled locally.

There are certain environments that improve the performance by using a small compiler for the last compilation phase, so that once you have the bytecode, instead of interpreting it, it is compiled generating native code for that platform and it is executed, but this compilation is performs every time you want to run the program. The only really independent code is the bytecode. This type of compiler is known as ‘Just In Time’ or JIT.

However, the bytecode is not completed until it is coupled with an execution environment, which in this case will be the Java virtual machine of the platform on which we are. A browser can provide such a platform from the point of view of the operating system.

Why is combining compilation and interpretation considered a positive feature?

The fact that the last phase of the compilation is carried out by a device of a certain platform, relieves the programmer of the responsibility of maintaining several sources on several platforms. The interpretation also admits that the data is incorporated at runtime, hence the dynamic behavior that also characterizes Java.

Java code passes many tests before running on a machine. The code is passed through a bytecodes verifier that checks the format of the code fragments and applies a theorem tester to detect illegal code fragments – code that falsifies pointers, violates access rights on objects or tries to change the type or class of an object.

If the bytecode pass the verification without generating any error message, then we know that:
1. The code does not cause an overflow of operands in the stack
2. The type of the parameters of all the operation codes are known and correct
3. No illegal data conversion has occurred, such as converting integers into pointer
4. Access to the fields of an object is known to be legal: public, private, protected
5. There is no attempt to violate established access and security rules

The second web language widely spread in the world of development is neither more nor less than PHP (PHP Hypertext Pre-processor), which unlike its neighbors HTML and CSS, it is a programming language instead of layout, since you can implement several instructions that generate results and, above all, achieve communication with a data server for your website.

But what are the cases in which we may be interested in implementing this language to our services? First of all we must understand what kind of web we have in our hands, since it is possible that we do not need PHP and, therefore, it would not be useful to make our files as such.

It should be noted that there is a difference between storing a document as HTML or PHP, even if they contain the same lines: for the server it is heavier to process the second case. That is, we lose response time for the end user. Let’s see some of the features it offers us and why it’s interesting to complement our skills with it.

Whether created officially or by users, PHP has the advantage of being used by millions of users in many projects. Facing the new programmer is a great advantage because there is nothing better than a language with a large community behind, especially for those not so related to the Anglo-Saxon language.

2. Variety of tools to learn

We have several methods to get started: we can hire a remote server to upload our files, as we would with any web, which is logical because if you have your site on the network you already have this resource with you; we can create a local server with a virtual machine, or the most popular among students: download the free WAMP tool (XAMP or LAMP depending on whether it is for Mac OSX or Linux). This tool simulates that your local machine is a web server to be able to execute PHP files. That is, whatever your situation, it is impossible for you to stay out, especially considering that it does not require a complex development environment, as with Titanium.

This means that you can divide your scripts into methods, classes, etc. to make the processing of data more agile for the server.

Thanks to this, you can implement features that do not exist by themselves, being a great solution to your needs. For example, instead of programming a registration screen from scratch, you can use an already done module. This would not be possible if it were not object oriented, as I mentioned in the previous point.

5. The structure can be separated

By this I mean that you can independently have the code that is responsible for moving the data that is linked to the interface. This is known as the Model View / Controller (MVC). Thanks to this feature, we will not “contaminate” code with unnecessary lines and keep it clean and tidy.

6. Freedom is a precious commodity

Yes, PHP is totally free and multi-platform, so it does not matter what operating system you use. Its development is possible anywhere (as long as the machine is capable of executing the code).

As you can see, when PHP came to light, never a web language became so powerful and full of possibilities, and even today it is used all over the world. Without going any further, how do you think Facebook manages so much data and is capable of moving such a large dynamic web? Or, to give another very important example, WordPress works under PHP.

Next article What Programming Language Should You Learn First?

Why Are Top Companies Still Using Ruby on Rails