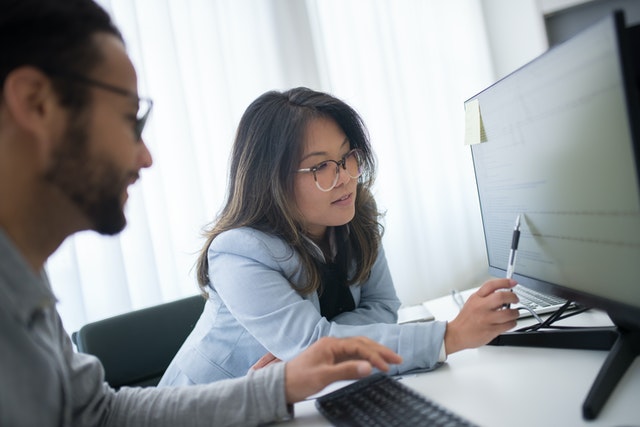 You intend to revolutionize the world, aren’t you? The concept for a new online or mobile app is fantastic, but… did you test it? If you haven’t already, you should! Create an MVP to see whether your concept is beneficial to your stakeholders (minimum viable product). What precisely is it?

What exactly is an MVP in the world of web/mobile development?

Let’s look at Facebook, a huge player in this field. What is your best guess as to how this app got its start? We’ve all heard that before, haven’t we? Only a college social app for those in the immediate region. Now? The world’s most popular social networking site.

As far as app development is concerned, this is precisely what you should be thinking about in the future. The best way to get started is to take baby steps. Think of your MVP application as a prototype for the ultimate product or service. Showing other investors a product that is excellent enough to tackle the key issues of stakeholders but still has the features they need.

As a proof of concept, it’s not only a Minimum Viable Product but also a Minimum Usable Product. And if the user base’s interest grows, then VOILA! In your position, you know precisely what your app should look like.

Why is Elixir used in MVP projects?

As quickly as possible, a program should be put into action. Lower expenses are a direct result of increased productivity. For an MVP, this is a crucial element.

Elixir’s syntax is partly based on Ruby’s simple grammar. Therefore, we speak about productivity since we can create sophisticated code quickly using this language.

Even while Elixir is still a new language, it already has many ready-to-use libraries to help developers get up and running quickly. The vibrant and expanding Elixir community would not have been possible without it.

Elixir’s functional paradigm is the last feature that significantly influences productivity. Functional languages have a reputation for being hard to learn. That’s just not the case. Basically, we have a function that takes in input data and transforms it into something else. You’ll spend most of your time with Elixir creating basic functions, making it easier to comprehend and manage the codebase overall.

For an MVP, why use Elixir? Because it’s scalable! Elixir makes it easy to go from a low-traffic application to a high-traffic one (an example here is instant messaging like WhatsApp). This means we don’t have to worry about upgrading our technological stack when our application gets a lot of traffic.

For example, consider the situation of Bleacher Report, whose app became more sluggish as a result of heavy usage. They needed something faster, and Elixir was the answer. While reducing the number of servers from 150 to five, they could handle 8 times the load!

Curiosum uses Elixir because it is built on Erlang and is ideal for applications that need many concurrent connections, such as phone lines or WhatsApp. Erlang is responsible for more than half of all global phone traffic. It was designed to manage many simultaneous calls and swiftly restart them when anything goes wrong.

We have a good idea of the global telephone network’s size. We went from a local phone system to a worldwide one. And on it, a great deal is predicated. Elixir and Erlang are a wonderful fit for scalable web and mobile apps since the internet is built on many connections.

Essentially, a typical web application may be defined as a machine that accepts user requests and actions from something like a conveyor belt, analyzes and processes them, and then produces an output to be delivered back to the user. This is not precisely correct, but it will do for the time being. After a given amount of material is handled, it may be more effective to use many machines and conveyor belts in order to speed up the process.

Assume that the “conventional” languages of Ruby, Python, and others are like governments with bureaucracies and high taxes on increasing processors like this, but the “minimal” ecology of Elixir is a pleasant, easy-going, and cost-efficient one that enables you to grow with ease.

It’s vital to remember that parallel processing is becoming more relevant in current applications because of our limited ability to increase hardware development (Moore’s law). This is an area where we may gain efficiency; thus, choosing a strong language in this area is a wise decision.

Is the Elixir language widely used?

It’s important to remember that Elixir is an overlay for Erlang, a 30-year-old language that has proven itself and is still in widespread usage. By investing in Elixir, you’re gaining access to the power of Erlang in a more user-friendly package.

Although a few programmers use Elixir, they have a high degree of satisfaction. This may lead them to remain in the firm longer since they want to continue developing in this language, particularly as it improves.

As far as possible, José Valim, the creator of the Elixir programming language, aimed to take advantage of Erlang’s capability while also making the programming environment approachable and enjoyable to use. It’s a great way to get started in a new language, and it’s also a useful technology. If a programmer has to work on anything for too long, he or she will get bored.

Using this technique, programmers will be able to learn it rapidly. You might begin your search for a new employee by looking for Ruby developers. You might also ask around amongst other programmers, who are more than likely to have no issues with it. Furthermore, we’ve heard of programmers who had lost their enthusiasm for programming but found a new lease on life with Elixir.

Using Elixir, what kinds of tasks can we accomplish?

As the application grows, there is less need to switch back and forth between different technologies because this single language can handle multiple IT domains. On the whole, Elixir’s development is going quite well. If you want to write less code, you can use Phoenix Liveview, a JS-free alternative to React.

Summary: Elixir opens up a plethora of new business opportunities!

Like WhatsApp, Slack, and many other prominent companies, Elixir has been a popular choice. High-traffic systems can benefit from Elixir’s ability to handle increasing numbers of operations. Elixir makes the most efficient use of system resources and is scalable.

In each iteration, Elixir’s functional nature allows the developer to focus on providing business value rather than worrying about code structure or object lifecycle management.

Elixir is an excellent choice for most of the applications and MVPs you’re planning to build because of the productivity gains and long-term time and cost savings.

How Outsourcing Mobile App Development Is Worth It

Android P: What Are The New Features?