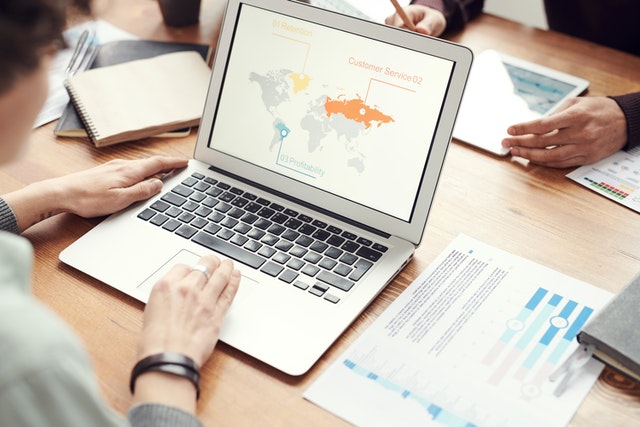 The corporate environment is always evolving, as seen by the outsourcing statistics you’re about to read.

Using a third-party service provider to execute work that would normally be done in-house is known as outsourcing. You may outsource almost any component of your company’s operation, including IT support, web design, and bookkeeping.

Many corporations benefit from outsourcing, but the general public sees it negatively since it involves moving American jobs overseas.

Here are some interesting statistics and numbers regarding outsourcing that you may not have known before.

Outsourcing Statistics 2020: Where Are We Now?

The business process outsourcing (BPO) market is estimated to reach $405.6 billion by 2027.

Business process outsourcing (BPO) refers to using third-party organizations to handle whole business processes rather than individual activities. The BPO industry is now increasing at a compound annual rate of 8% and is expected to reach $405.6 billion by 2027.

As a result of the need to cut costs, many businesses have begun outsourcing portions of their operations, fueling this expansion. Customer service and innovation are all areas that may benefit from BPO’s involvement.

According to industry figures, the HR outsourcing business is presently worth $32.8 billion.

HR outsourcing is valued at $9.7 billion in the United States or more than a quarter of its worldwide value. Even though China’s economy is now trailing behind the United States and Europe, it is expected to develop at a compound annual rate of 4.7% to $8.2 billion by 2027.

The worldwide market for HR outsourcing is expected to expand by 39.6 percent over the next seven years, reaching $45.8 billion in value by 2027.

78% of businesses are pleased with their outsourcing arrangements.

Outsourcing is all about relationships. Maintaining a strong connection with the third party and establishing efficient communication lines are critical to a business partner’s success.

There is a link between the number of workers in a firm and the available amount of outsourced data. Outsourcing becomes increasingly common as a company grows in size. One explanation is that small company owners think it is preferable to maintain operations in-house than to spend money outsourcing to a third party.

93% of companies are contemplating or implementing cloud technology to boost outsourcing.

According to outsourcing data, most companies choose to enhance their outsourcing procedures by implementing so-called “disruptive solutions.” An annual worldwide poll found that cloud technology is the most widely used of these options.

The United States currently outsources 14.4 million jobs, more than double the national unemployment rate before the COVID-19 pandemic (5.9 million). There has been an increase in unemployment since the pandemic began, although the overall number of outsourced jobs is less than 12.6 million.

Theoretically, the United States would have no jobless people if all those occupations were returned to the country. Adding insult to injury, studies show that if not for the many jobs lost to outsourcing, millions of part-time employees in the United States might be employed full-time.

The IT industry accounts for 43% of all outsourced employment in the United States.

More than 211,000 jobs were outsourced to foreign contractors by US IT businesses in 2015. According to experts, Silicon Valley employment is in danger in this rising period of outsourcing.

20% of US businesses outsource their IT assistance to third parties.

US-based enterprises outsource their whole app maintenance and development process to providers in other countries, while 10% outsource their master data management to foreign suppliers. Between 9% and 11% of organizations want to outsource more of their IT activities abroad in the future, according to these trends in outsourcing.

Ukraine is the most popular Central and Eastern European outsourcing location for IT services.

Ukraine has become one of Europe’s leading outsourcing destinations for software development due to a continually rising IT workforce. More than 1,600 IT outsourcing businesses are based in the nation, and the number of IT specialists employed in the country has doubled in the last five years.

There has been a 111 percent rise in outsourcing jobs to Ukraine from 2015 to 2020 in the country’s IT outsourcing business; the market is now valued at $2.7 billion. LG, Microsoft, Slack, and Facebook are just a few firms that have outsourced their operations to Ukraine.

More than 800 businesses outsource their call centers to the Philippines.

Some corporations operating call centers in the Philippines are Chevron, Safeway, and Citibank. According to statistics, the Philippines’ outsourcing industry is expected to reach $50 billion in 2020. Since 2016, there has been a rise of more than 100 percent. The nation has been called the “Call – center Capital of the World” because of the large amount of cash produced by call centers.

The US lost more than half a million jobs to Mexico due to NAFTA.

The 1994 entry into effect of the North American Free Trade Agreement (NAFTA) was intended to facilitate trade between North American nations. Outsourcing in the United States resulted in 682,900 fewer jobs lost by 2010 despite its numerous advantages. Even if 116,400 of these jobs were lost due to the global financial crisis in 2008 and 2009, the United States still lost 566,500 jobs in various sectors.

Even south of the border, things weren’t looking good. Although the local agriculture sector experienced substantial losses due to new employment being outsourced by US-based corporations, For 16 years, over 1.3 million Mexican farmers lost their employment, according to a new study.

Why Do American Companies Outsource Job?

To reduce expenses and save money, 70% of businesses outsource.

As a result of the 2020 COVID-19 outbreak, companies are attempting to reduce expenses wherever possible to remain afloat. According to a 2020 poll, many organizations claimed this as their primary reason for outsourcing. Outsourcing is no longer seen as a strategy to strengthen internal procedures, as in 2018.

24 percent of small businesses rely on outsourcing to increase productivity.

47% of businesses use outsourcing to deal with problems with capacity.

According to US outsourcing data, many organizations rely on outsourcing to solve capacity issues. When a company grows quicker than expected, it will eventually run into capacity challenges. In this case, outsourcing comes into play. In order to better concentrate on their core offerings, firms may free up time and resources by contracting out non-essential processes to third-party providers.

Manufacturers can also outsource production if their facilities cannot fulfill their goods’ demand even when operating at full capacity.

Those are some of the most crucial statistics and data about outsourcing that you should know. There is no doubt that global outsourcing is rising. In order to save money and grow their company, more and more organizations, particularly in the United States, are accepting remote employees with certain skill sets.

While outsourcing has numerous advantages, most firms prefer to retain their core services in-house to maintain total control over them.

Previous article The Relevance of PHP In Building Websites In 2022

The Three Basic Rules of Outsourcing

Is It Core or Strategic? Outsourcing as a Strategic Management Tool

Why Is Tech Outsourcing Still On The Rise? What Do Clients Expect To Achieve?