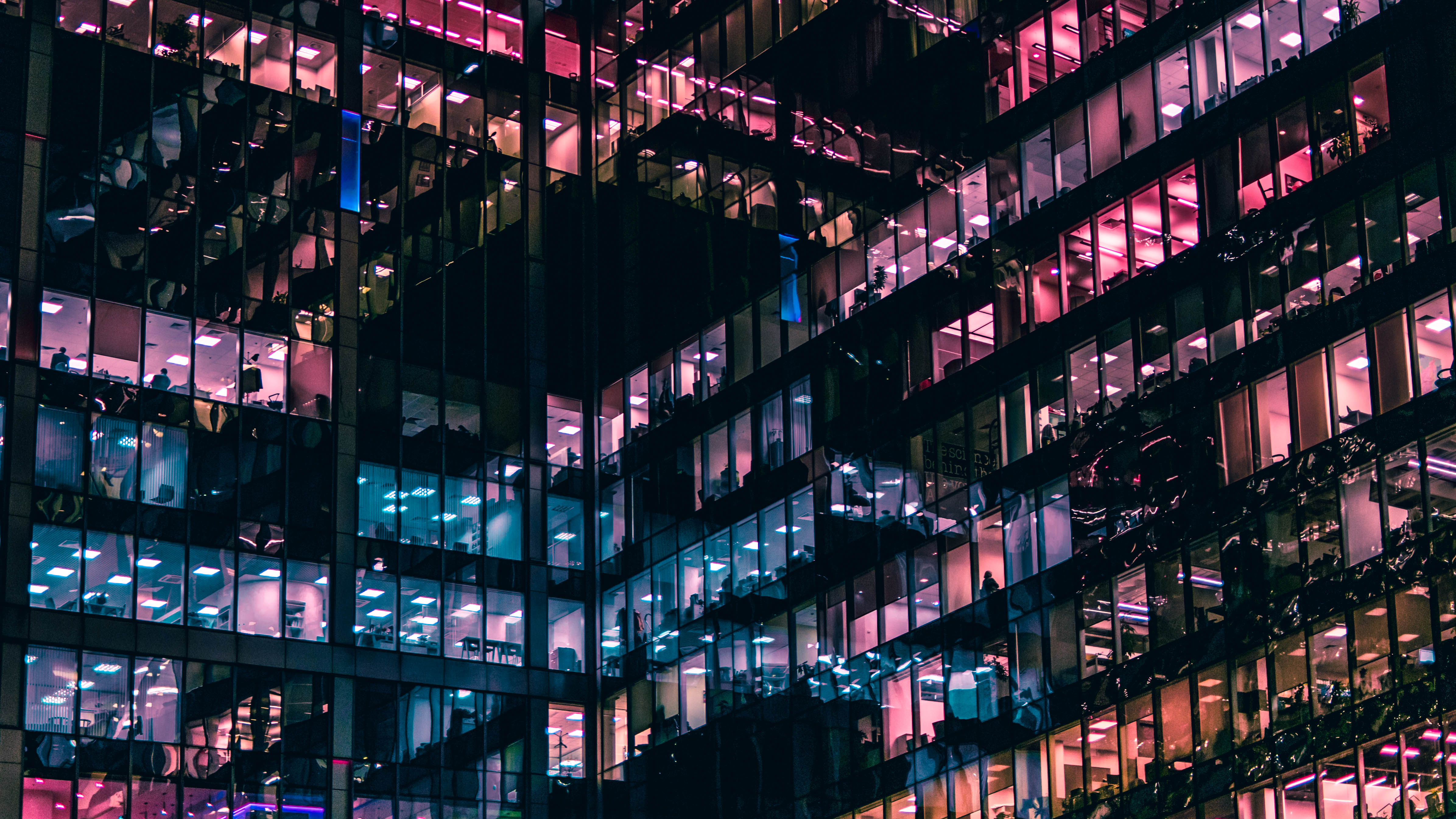 Many prospective clients ask us: “Why outsource to Romania?” or “Why outsource to Eastern Europe?”. Convincing them to work with us is easy. Romania is positioned in the Southeastern Europe, at the Central Europe’s border. It borders Hungary, Serbia, Ukraine,Moldova, Bulgaria and the Black Sea. Romania is the ninth largest country of the EU by area – 238,400 square kilometers (92,000 sq mi) and by 2011, it had the seventh largest population in EU, counting more than 19 million people. Bucharest, its the capital and the largest city.

After the Iron Curtain fell and the 1989 Revolution, Romania started its progress to democracy and a capitalist market economy. After ten years of monetary issues including the decline of the romanians living standards, reorganization helped the economic improvement. Starting 2010, Romania is an upper to middle income country with a high human development indicator.

In 2004, Romania joined NATO and in 2007 – European Union and it is, too, a member of the Latin Union, Francophonie, OSCE, WTO, BSEC, United Nations. Nowadays, Romania is a semi-presidential republic, being driven by the President and the Government.

By 2011, its GDP was estimated to $267 billion and a GDP per capita (PPP) of $12,476, Romania being an upper-middle income country. The country has joined and is about to join several international organizations as the European Space Agency and Romania’s status has been defined as “rapidly improving”.

As it is attested, Romanian scientists, discoverers and researchers have memorable contributions for several domains, from medicine, mathematics and computer science/engineering, to aeronautics, physics, chemistry, biochemistry, biology and biophysics. The first airplane to depart on its own power was invented by Traian Vuia, and Aurel Vlaicu is one of the pioneers in building and flying some of the first airplanes. Along with them, Henri Coandă identified the Coandă effect of fluidics. Elie Carafoli also brought a huge impact to the field of aerodynamics.

Victor Babes identified around 50 germs and the antidote for babesiosis, an illness named after him. Insulin was invented by Nicolae Paulescu. Emil Palade, winner of the Nobel Prize, is well known for his input on cell biology. George Constantinescu designed the theory of sonics and the first chemist to ever synthesize amphetamine and created the modernized approach of refining crude oil. Costin Nenițescu found new methods for the synthesis of pyrylium salts, of carbenes, tryptamine, serotonin, two new syntheses for the indole nucleus, and a new method of polymerisation of ethylene.

Numerous mathematicians differentiate themselves, too. Amidst, we can name Gheorghe Titeica, Spiru Haret, Grigore Moisil, Miron Nicolescu and Nicolae Popescu. Stefan Odobleja stays in the history as the ideological father of cybernetics. Currently, the Romanian mathematics team is the first in Europe and 10th in the world.

When talking about physicists and inventors, Horia Hulubei also distinguishes in atomic physics, together with Serban Titeica in theoretical physics. Mihai Gavrila concentrated on quantum theory and discovered the atomic dichotomy phenomenon.

The nuclear physics facility of the European Union’s proposed Extreme Light Infrastructure (ELI) is currently being built in Romania. In Romania, we also have one active nuclear power plant at Cernavodă, with 1,400 MW of nuclear power capacity. This places Romania on the 23rd position when it comes to the use of nuclear power in the world.

Romania gave to the world the first meson theory of nuclear forces and Alexandru Proca’s equations of the vectorial mesonic field. Stefan Procopiu is known for the first theory of the magnetic moment of the electron in 1911 (now known as the Bohr-Procopiu magneton), Theodor V. Ionescu, the inventor of a multiple-cavity magnetron (1935), a hydrogen maser in 1947, 3D imaging for cinema/television in 1924 and hot deuterium plasma studies for controlled nuclear fusion, Ionel Solomon known for the nuclear magnetic resonance theory in solids, Solomon equations and photovoltaic devices, Petrache Poenaru, Nicolae Teclu and Victor Toma, with the latter known for the invention and construction of the first Romanian computer, the CIFA-1 in 1955.

The first Romanian satellite was launched in 2012, from the Centre Spatial Guyanais, in French Guiana.

In Central and Eastern Europe, Romania has the fastest growth in information technology (IT). We made noticeable improvements in all the information and communications technology subcategories, from basic telephony, mobile telephony, to Internet and IT.

Romania is the first one in Europe, and has the sixth place globally, when it comes to the number of certified IT specialists, with density rates per 1,000 inhabitants greater than in the US or Russia. There are almost 100,000 specialists in the IT sector and every year, 5,000 out of 30,000 students trained in ICT graduate.

Ever since Microsoft achieved Romanian Antivirus Technology in 2003, the adaptation to the western part of the world and the high educational degree of its youth bring Romania forward as a huge potential market. In terms of IT outsourcing services Romania is ranked in the third place world wide successfully challenging India.

Romanian economy has a dynamic IT market. Starting with 1994, the IT sector is growing year on year with 40% – 60%. Romania is in top three countries in the world’s software exporters (together with China and India), controlling 5 percent of the offshore software development market.

The ICT industry has expanded its target beyond manufacturing equipment to maintenance and management services as well as creating audio, video, print and digital content. These developments are forecasted to create a variety of new openings in Romania’s ICT market.

Why outsource to Romania?

Currently, more than 25,000 software professionals work in the industry and almost 1/5 of them are involved in software export activities. Romania ranks the 6th in the world by number of certified professionals (“2003 Global Skills IQ Report”, Brainbench) and has been awarded a bronze certificate in the category of “Most Certified Nation (Overall)” during the first annual Bench Games 2005 (“2005 Bench Games Report”, Brainbench). Vice President for EMEA, showed that Oracle is committed to encourage this country to take advantage of its potential: “Oracle aims to help push Romania into becoming the Silicon Valley of Central and Eastern Europe.”.

At the end of 2010, 7.8 million Internet connections were estimated in Romania, of which 4 million were broadband connections. For business purposes, services are usually delivered via fiber or radio. Many companies provide such services at negotiable plans, based on the distinction between Metropolitan / International, and the micro-ISPs are influential re-sellers. There is very strong competition, many companies having two separate suppliers for the same services, without the peering that would require a lot of traffic on international routes and even access to fiber optic infrastructure (which leads to overcrowding of more than 25 fibers of optical cables on the same street).

Romanian market is disruptively promoting and developing the biotechnology industry. Hundred of millions of dollars were invested into the sector to build up infrastructure, fund research and development and to recruit top international scientists to Romania. Romania features one of the world’s newest competitive bio-industries, in key areas as pharmacogenomics, protein engineering, glyco-engineering, tissue engineering, bioinformatics, genome medicine and preventive medicine.

Why Choose Bucharest as your IT Outsourcing Hub?