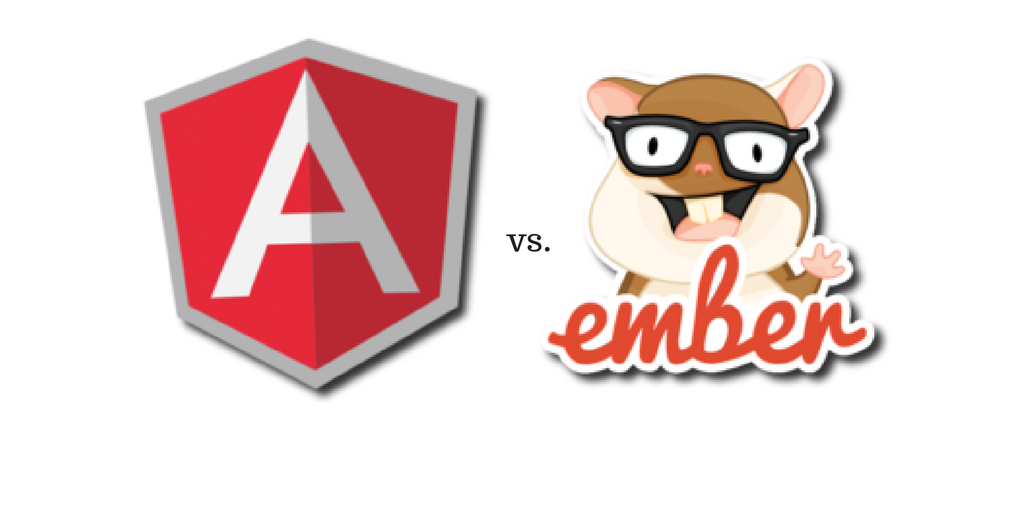 In this following article we will present and compare two of the most popular frameworks for the web: AngularJS and EmberJS. Choosing from one of them can have the biggest impact on how you deliver on time and the ability to maintain your code for the future of your business.

Do you want your site to be powerful, functional and at the same time attractive to your visitors, with a cool design and with complex animations? Do you want to avoid server load time? AngularJS helps you optimize your apps by adding new features.

AngularJS is performance, intuitive, attractive and perfectly matches mobile platforms. AngularJS is an open-source JavaScript framework built and maintained by Google, which facilitates the development of web applications. It also standardizes client-side applications, providing a robust and easy-to-implement structure in site development. It is the right choice for any web application, especially if spectacular visual effects are preferred. The result is a fluid and fast site. This is the reason why it’s more accurate for using on the Single Page Apps and web applications for mobile devices.

AngularJS integrates easily with Bootstrap, enabling responsive applications that can be accessed from both your computer browser and mobile devices. So, it’s easy to create a single web app to see perfectly on any device you’re accessing – PC, tablet, phone, plasma etc.

One of the greatest benefits of AngularJS is the community for the maintenance of the platform, which is made up of dedicated engineers from Google. This gives benefits such as the performance, robustness and scalability of the code and makes it a platform to integrate with web projects. Another good result is the regular updating of the platform with the latest improvements in web development.

Although AngularJS was taken over by Google in 2010, the platform is still open-source. Which is an advantage, as it remains free. The structure of applications developed with Angular is intuitive and the framework is flexible enough to ease and speed up the development of projects. The platform requires a MVVM (Model View View Model) structure, a pattern that takes over the modularity of MVC concepts and makes it extremely easy to integrate HTML templates with Javascript-based data processing (through two-way data binding). The page load speed is low because most of the communication with the server is asynchronous and the server calls are low, most of the visual interface being moved to the client (in the browser).

AngularJS enables the creation of responsive applications and improves the user experience on the site due to its flexible platform and can easily be integrated with other Enterprise-level Testing (Unit Testing) frameworks as well as with UI design frameworks .

As the application is stable and tested, a final optimization of the version to be released in production can be done by simply integrating a publishing automation system (eg: Grunt).

The ultimate result: a fluid, slim, fast-paced application that encompasses a wide variety of visual effects and exceptional graphics animations. It is easy to maintain and benefits from a high loading speed.

One of the most remarkable examples for using EmberJS on the web is Apple Music, the music streaming service worth sustaining millions os users.

EmberJS is also, like AngularJS, an open-source JavaScript framework used for building single-page client-side web apps (SPA’s).. Focusing on scalability for structuring different apps, it supplies universal data binding together and it is URL-driven.

EmberJS’s initial name was SproutCore in 2007. In 2011 Facebook acquired it and it has the name Ember these days. It combines concepts from various native frameworks like Apple’s Cocoa with the sensibilities of Ruby on Rails and Backbone.js.

EmberJS has its destination of purpose for very big project apps. This is why it forces the developer to follow strict rules on coding, just to ensure the apps is avoiding errors, bottlenecks and is ready for growth.

When you decide to use a string-based template system like Handlebars, you will have the possibilty to render quicker boot times by compiling templates on your servers. With this, you will have the SEO advantage for natural indexing, even if the code is more complex.

From the benefits of EmberJS we can surely mention the focus on performance, fast boot times, stability, nested UI’s, client side execution and building to scalable web apps, URL support, the facilitation of Key Value Observation and the minimization of DOM. EmberJS uses a templating mechanism (built upon the well known Mustache template engine) that reduces the overall amount of written code. It also works well with large app ecosystems and uses observers when changing various values and avoids “dirty checking” by using accesories.

At the end of the day, the decision for EmberJS or AngularJS stays in the area of your design philosophies or your goals. They both have complex coding meant to build faster booting, engaging the UI and UX faster, DOM manipulation and unit testing. Smart tips, though: if you want to deliver on time, AngularJS is for new projects that you want to build from scratch, while EmberJS is used for developing large lines of code for maintaining, updating or expanding your app abilities.

Next article Go Mobile with Xamarin!