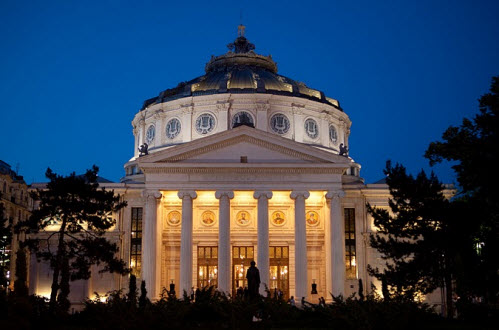 Romania’s IT sector has seen steady growth over the past decade, supported largely by outsourcing companies. Romania is a South-Eastern European country and a full member of the European Union (EU). just one hour ahead of Paris and there is just a three hours’ flight from London. Due to its convenient location, the country became a flourishing technology hub.

Romania has achieved and maintained a leading position when it comes to the main outsourcing destinations in Eastern Europe. It has been a favored IT outsourcing destination for many years not only because it offers low prices in the outsourcing business but it is quite competitive when you take into account the level of technical proficiency and soft skills in the country, which is superior to what can be usually found in other outsourcing locations.

According to Brainspotting, a recruiting agency, Romania has an important advantage when it comes to its labor market. 98% of the Romanian developers speak English

PAC has estimated the number of people employed in the software and IT industry in Romania at over 110,000 people while around 8,000 are added every year.

According to John Cotterell, CEO at Endava “Romania is seen as a complementary location to India as Eastern Europe provides a perfect balance between cost and quality. Our clients say we are two to three times more productive than the traditional offshore vendors. There is better ability to understand the requirements and needs beyond project specs,”.

According to a study by local financial consultancy firm KeysFin over 60% of Romania’s software industry is currently controlled by big foreign investors.

The major players, are Oracle which has surpassed the EUR 200 million threshold followed by IBM, with EUR 179 million in turnover, Ericsson (EUR 160 million), Bitdefender (EUR 100 million) and Endava (EUR 69 million).

Today, Romania places itself on the second place in Europe by the number of IT freelancers, only behind the UK.

When it comes to geographical distribution, 42% of companies are currently operating in Bucharest. However, cities, such as Cluj, Timisoara, Iasi, Sibiu, and Brasov have also proven to be great destinations for companies around the world.

The exports of IT software and services account for more than 75% of IT’s industry total turnover. Out of total exports of IT products and services, some 75% goes to the European market, 22% to the US market, and the remainder is being directed to other markets.

“It’s fair to say that a British company would reduce its costs with internal development by at least 30 percent by outsourcing R&D activities to Romania. The cost saving is even higher in case of support or application maintenance projects,” according to the Employer’s Association of the Software and Services Industry in Romania (ANIS)

IT Outsourcing: Deciding on the Right Engagement Method for You

Why choose Romania as your outsourcing destination?