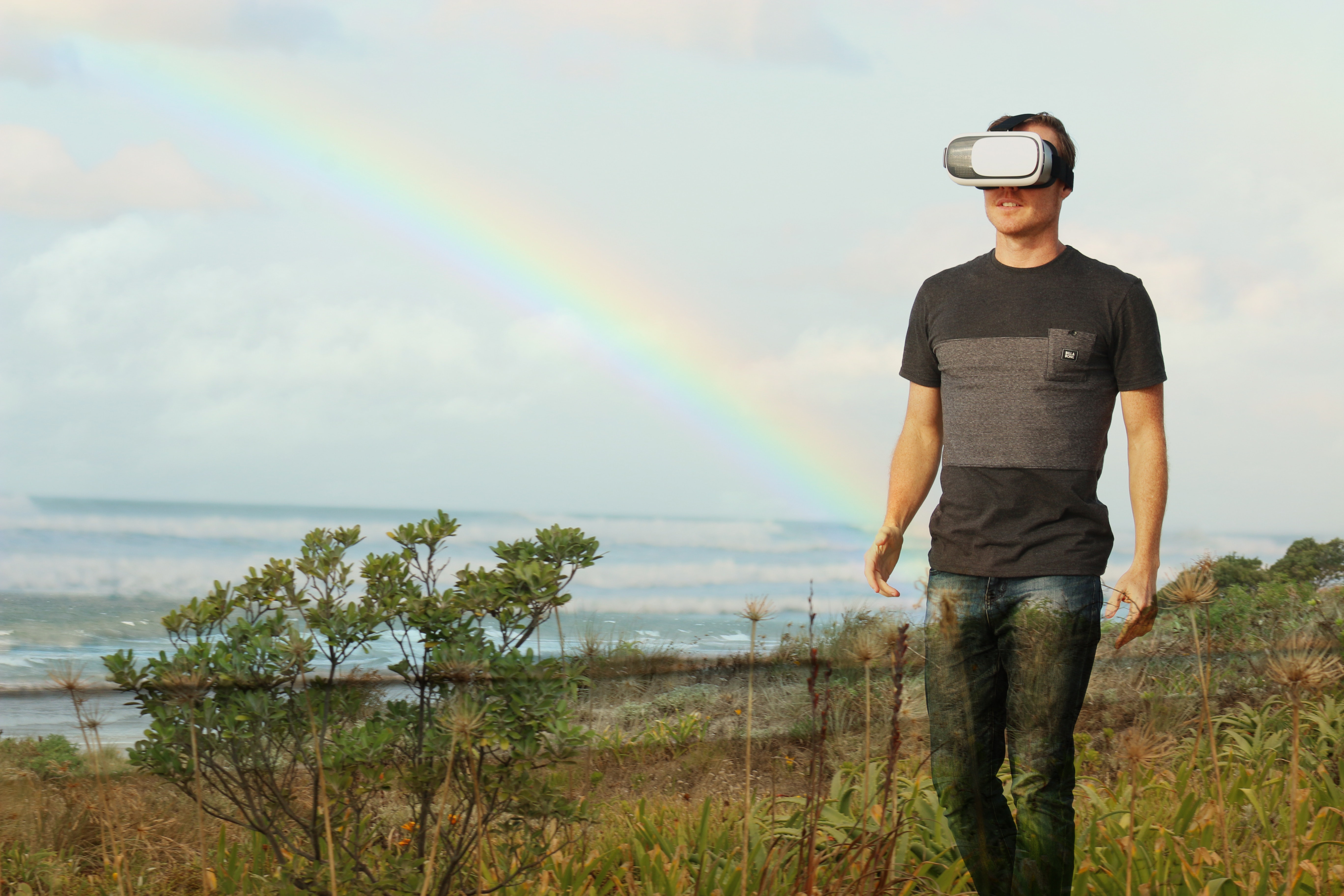 In recent years, augmented reality has really emerged and is becoming increasingly important in our daily lives. Thanks to the huge success of Pokemon Go in 2016, she became known to the general public and it is now difficult to miss. It has become so democratized that we can find it everywhere, whether it is to help us build a piece of furniture or to guide the visually impaired.

However, if we told you that augmented reality was created in the 1960s and that it existed well before gaming, would you believe us? Maybe not, but it’s true! Before going back on the different historical stages and on the uses of the AR today, let’s go back at first on the functioning of the augmented reality.

What is an augmented reality?

There is interactivity with this technology because the user can access more details if he activates the information displayed in front of him. Moreover, if it comes to move, the software will understand it and will display the information associated with its new position. It is also possible to communicate with augmented reality via devices such as haptic gloves, which reinforces the immersion of the user. The ultimate goal of augmented reality is to stimulate our 5 senses, not just sight or hearing.

How does it work?

For Augmented Reality to work, it requires three elements: a capture camera (usually a camera), an operating system, and a screen to broadcast the information. In addition, the system may use a geolocation system to display additional data depending on the position of the user.

The display of AR elements is done through a device specially designed for the occasion (for example a helmet such as Microsoft Hololens, Google Glass or a head-up display on the windshields of some cars) or to using a smartphone app.

The cameras on the goggles or headset will first capture the environment where the user is. Then, the software contained in the glasses will analyze this environment and display the appropriate information on the glasses screen. The whole operation is done very quickly and in real time.

For the smartphone application, the process is the same, with the difference that the eye does not directly see the improved environment. The user’s eye sees the scene directly on the screen of the smartphone or tablet. The real image and the virtual information are superimposed simultaneously on the screen. As for the head-up display, it is a small projector that will display information on a semi-transparent mirror and thus allow the driver to more easily monitor information such as speed or direction to take while keeping an eye on the road.

How to create an application for augmented reality?

The first step, the scene must be filmed, the place where we want to embed our elements in augmented reality. Once the images are in the box, they must be processed using augmented reality software. The developer will cut out the work area to precisely define where the virtual objects will appear. In the context of augmented reality, the software will analyze the images and calculate in real time the position of the camera in relation to a 3-dimensional object.

You must also define the contours to prevent the object from appearing elsewhere, as well as the distance between the work area and the camera. Once the angle and the perspective have been determined, we integrate the virtual elements interacting with the real environment.

To integrate virtual elements in a real environment, it is necessary to use markers. Markers are elements that work like a QR Code: when we pass our smartphone in front of a QR Code, it shows us a particular item depending on what the developer asked him to display.

The process is the same with the markers: the developer will order the glasses or the smartphone to display information (which can be an image, a text …) when the user’s camera will pass in a specific area or GPS coordinates previously defined (if the application uses geolocation). It is, therefore, necessary to define this area in the software and match the symbol that will trigger the appearance of the object or information according to the position and orientation of the user.

Markers are used because augmented reality software analyzes them faster than an image: there are more elements to analyze on an image than on a marker. However, with the democratization of development kits like Apple ARKit or Google ARCore, the markers are bound to disappear. Indeed, these kits will include very complete sensors to simulate a virtual part in full and to move inside. It will now be easier to create your AR application with these tools.

Once everything is in place, all that remains is to provide the user with a device for reading augmented reality. However, a problem may remain the location of the element and the alignment of the camera when the head or smartphone moves. This is why helmets and different smartphones embark sensors to calculate the exact position and display the information despite the rotation as:

If augmented reality has taken such a boom recently, it is thanks to the democratization of smartphones that embark all the characteristics required to operate the AR, namely a camera, an operating system and a screen to project the reality increased. In addition, the development of applications has never been easier, which implies a relatively low cost.

What are the different augmented reality applications?

The sales or architecture sectors mainly use these applications, in particular, to break the brake on the purchase due to the lack of projection. An example is the IKEA application, which allows you to place virtual furniture in its environment to see the final rendering before ordering.

Secondly, apps that broadcast information using your camera. Unlike the previous case which displays elements in 3D, these applications will enrich the flow of the camera by diffusing contextual information, in a superposition of what the user sees.

These applications can be found in the tourism sector to display additional information on monuments, or in the construction and industry sector, with Daqri’s helmet, for example, to display technical details of a building. for architects or workers such as distances, materials used, the progress of the construction site etc … It can also be found in the field of navigation, as the Metro Paris application, which allows geolocating the user and guide to the nearest metro station.

Finally, we can mention augmented reality games, which aim to create an even more immersive experience. Unlike virtual reality, these games will have a link with reality. For example, games such as Pokémon Go, Ingress or AR Defender 2, use the user’s environment to function and display customized content based on their position.

And you, what augmented reality apps do you want to use for your business? Give us a call and we can discuss.

Previous article A warm welcome to our 2018 summer trainees

eCommerce in 10 Years from Now

What are The Top Virtual Reality Trends for 2018?