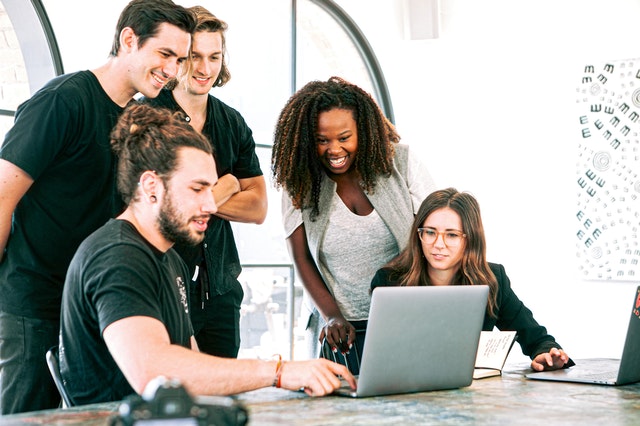 Outsourcing is essentially a great solution to getting help with developing web and mobile applications, among other things. Virtually every industry can outsource projects or tasks. With web and mobile apps, there are several factors that separate the industry’s need for development compared to other industries.

Because of that, there are more specific benefits to outsourcing web and app development projects. Let’s look at the top 8 benefits:

Issues will arise at any point during development. For management, having to stop to fix those problems takes away from their focus on running the business. Outsourcing allows the company and the people managing it to work on running it instead. The developers being outsourced will handle issues within the project or tasks they’re given.

Different projects may require different specialties and skillsets. Companies can outsource a few developers or a whole team, based on what the development project needs. Additionally, if the in-house team is lacking experience, outsourcing can fill in that gap.

Normally, hiring developers would be the direction companies would go to expand their development team to complete projects. Those new employees, however, would increase the company’s collective salary payments. It also costs money to train people and advertise for jobs. Outsourcing bypasses most of that by offering temporary services.

Developers available to be outsourced can have general or specific expertise in aspects of the development process. Therefore, bringing in outsourced developers or a team of them can enhance the quality of the company’s development and improve its innovation.

Delegating tasks to members of the in-house development team without sacrificing time, money, or quality is ideal. On the other hand, outsourced developers or teams can self-delegate or be instructed by their clients. It gives companies flexibility and an ability to decrease extra resources it would have used otherwise.

Management often feels pressure when it comes to the idea of needing to hire more people to complete a single project. Time must be spent to do the hiring, taking the effort to properly onboard an employee can be difficult, and the company will need to expect an increase in the total payments they have to make to its employees. Outsourced developers are often brought in for a few projects before the contract ends. Being temporary is a huge benefit to companies.

Most businesses may want to pass off projects to outsourced developers so they can return to focusing on themselves. However, others like to be involved step-by-step. With outsourcing, companies can control how much they are involved in the development process.

When trying to pick the right developers or team to outsource to, research is important. The right kind of research can yield developers with high-level experience in their field. Developers with specialties are also included in this.

Next article Advantages to Outsourcing Developers in Eastern Europe

Most Active IT Centers In Romania