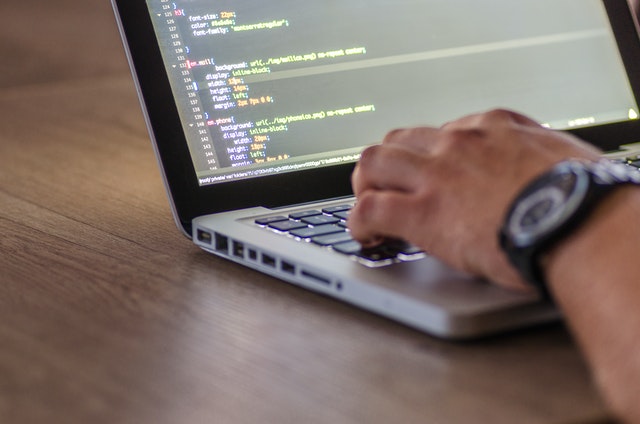 We are familiar with various web development languages that have been used effectively by programmers and the software development team for many years. Python, PHP, and Ruby are the most widely used. The Elixir programming language, however, has emerged as a hot topic in the last several years.

Since Elixir programming has gained popularity, the efficacy and benefits of alternative back-end languages have been questioned. But is Elixir really that great?

In this post, we will attempt to address this issue. Let’s go further into the Elixir programming language to find out what it is, what it offers, and what kinds of projects it suits.

What exactly is Elixir?

As a functional programming language, Elixir made its debut in 2012. It was developed by José Valim and is based on top of the Erlang Virtual Machine (BEAM). There must have been a reason he settled on this foundation. He was inspired to design his language after the concurrent and efficient coding language Erlang.

The source code is maintained by a group known as the Elixir Core team. José Valim, Eric Meadows-Jönsson, James Fish, Aleksei Magusev, Micha Muskaa, and Andrea Leopardi are the six members of the team. This works in favor of Elixir programming since the team never changes the codebase without first reaching a consensus.

There have been 96 new versions of Elixir since 2012. The most recent stable release was in August 2018 (version 1.7.3). Despite its infancy, Elixir has shown itself to be a productive programming language.

Erlang: The Technology Behind Elixir

Erlang, also developed by Ericson, is a functional programming language focusing on telecommunications. This function is self-evident. A platform must be reliable, concurrent, fault-tolerant, and handle on-the-fly software upgrades for such applications to run reliably at all times (hot code upgrade). This functional language, which made its debut in 1986, has been handling this challenge and proving its worth in the field.

The question then arises as to why developers don’t choose Erlang when creating back-end systems. Its syntax is uncommon, and its frameworks, tools, and packages are more complex than other web programming languages.

Elixir, developed by a Ruby programmer, is a member of the Erlang VM family of languages. Since Elixir’s syntax is comparable to Ruby’s, programmers find it easy to transition from Ruby to Elixir, and Elixir users have full access to all the capabilities of the robust Erlang system. When comparing Elixir and Erlang, you’ll also notice that their respective package management and other system utilities are distinct.

The Phoenix Framework: What Is It and How Does It Relate to Elixir?

Another term that needs definition is Phoenix, an Elixir-based web development framework.

Erlang VM is supported by the Phoenix framework and the Elixir language (BEAM). This implies that Phoenix also enjoys all of Erlang’s advantages.

Phoenix is characterized mostly by the following:

Phoenix is a popular web framework that is often compared to Ruby on Rails. Many programmers spend time comparing and contrasting these widely used web development frameworks to determine which one is superior.

Benefits and Drawbacks of the Elixir Language

It is beneficial to projects and the development process to use the Phoenix framework that is part of the Elixir programming language.

Both Elixir and Phoenix move quickly. For instance, Phoenix has reaction times that are measured in microseconds, and assessments of Elixir’s performance during software testing services provide substantially better results than those for Ruby. Incredible, right? When talking about how something feels to a user, speed is crucial. It’s fantastic to see how promptly the app responds to any input. Saving both resources and money, high performance is a win-win.

The power of Erlang in this area is mirrored in Elixir. The fact that Erlang is considered a reliable programming language in the field should put any concerns about the dependability of Elixir programming to rest.

Concurrency in software development refers to the capacity to operate numerous processes concurrently while maintaining their autonomy. Both Elixir and Erlang are known for their ability to handle many simultaneous requests.

With Elixir, you don’t have to worry about the two most common sorts of errors in code:

Multiple nodes in an Elixir/Phoenix application do tasks simultaneously. In the first scenario, the consequences of a failure at a single node are localized. They will get a warning from the software and adjust their schedules accordingly.

As Elixir is a compiled language, errors in the code prevent the app it was used to create from starting. The Erlang Virtual Machine (VM) handles the second error by isolating the faulty module and restarting it separately to guarantee the app’s functionality. This procedure keeps the whole system operational.

Applications with a sizable user base or trying to expand their user base greatly benefit from being written in Elixir. There is no need to invest in costly extra servers or complicated DevOps solutions since Elixir can easily manage massive amounts of traffic.

Any programmer may look at a piece of Elixir code and agree it is attractive. This is because Elixir has such a streamlined syntax, making it simple to create and understand code. Elixir is a functional programming language; that is the sole purpose here. While object-oriented languages utilize one paradigm, functional programming employs an entirely another one. Switching to Elixir from an object-oriented language may need some adjustment time.

Elixir has the following drawbacks:

Due to the relative infancy of Elixir programming, its associated employment market is still in its infancy. While there isn’t a huge need for Elixir programmers, many aren’t many available for hire. Finding a qualified expert is doable, but it will take more time and energy than expected.

Since Elixir is a relatively new language, its community and the number of libraries and tools accessible to Elixir developers are still relatively small compared to those of other prominent programming languages. Eventually, Elixir will catch up to them, but it will take some time.

Not so long ago, the Elixir programming language emerged, attracting the attention of a growing number of industry experts. For some, the future of Elixir programming and whether or not it is the best and most dependable option remains an open question.

What Can Projects Benefit from Elixir Development?

The use of the Elixir functional programming language is not limited to any one kind of endeavor. Elixir’s versatility is its greatest strength in this aspect since it doesn’t specialize in anything in particular. The Phoenix foundation that this language is built on allows for the creation of applications in almost any sector.

You can find and employ Elixir programmers to build apps with every imaginable feature set and complexity. Still, there are scenarios where doing so is the most financially and tactically sound option. In particular, it works well for projects that need the following features:

Next article Comparison of Minimum Viable Products, Prototypes, and Proofs of Concept in Software Development

The Relevance of PHP In Building Websites In 2022

How Outsourcing Mobile App Development Is Worth It