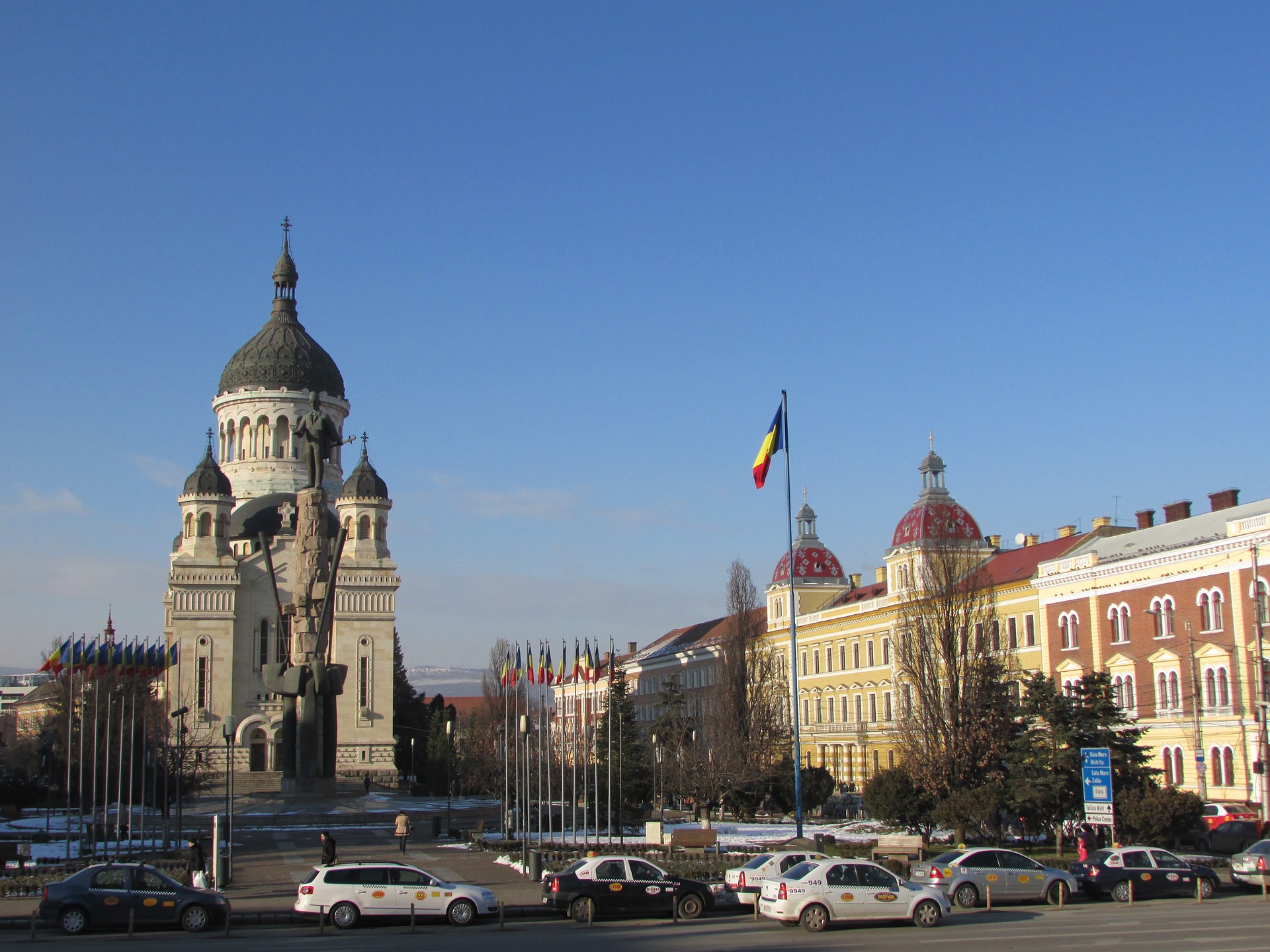 In today’s world, it is more important than ever to be able to stay connected with people from all over the world. For this reason, technology is transforming our society. In this article, we are going to look out how the IoT (Internet of Things) has impacted our security and our environment, in particular, JavaScripts’ part. We will also take a closer look at how Cluj-Napoca has put Romania on the map for its ICT Industry.

Cluj-Napoca numbers at a glance:

Romania is a perfectly situated country. It is right between the Occident and the Orient and benefits from the culture of both sides, taking parts of the Latin, Anglo-Saxon, Slavic and Asian cultures. This is one of the reasons that makes Romania so attractive for ICT outsourcing.

The Romanian government works hard to support the ICT sector with initiatives like no income tax for software engineers. It has also invested in developing and promoting programs, such programs have been adopted by its neighboring countries.

Businesses began to switch their contracting resources from Asia to Eastern Europe around 5 years ago. People found that from Romania, you were in similar time zones to both Western Europe and North America.

When you compare the growth of ICT in Romania with other countries that are competing for investment, Romania is a country with a wide range of educational institutions and a talented, versatile workforce.

Cluj-Napoca is a city full of culture, history, and beauty. It is the 2nd largest in Romania in terms of size and economy but overtakes Bucharest in IT exports. 78% of all Romanian IT exports come from Cluj-Napoca.

IT center: 200 of the 300 IT companies focus on software development. While there are around 10,000 active software engineers, another 1000 are graduating annually and joining the workforce. Aside from education, the Cluj IT community has joined together to form ClujIT cluster, a group of IT associations and educational institutions to promote innovation. The ClujIT Cluster was awarded the Bronze Cluster Management Excellence.

Multiculturalism: While 75.71% of inhabitants are Romanian, 15.27% are Hungarian, 1.01% Roma, 0.18% Germans and 0.05% Jews. Among other nationalities, you will find Serbians and Ukrainians. Languages learned at university include Hungarian, English, German, French, and Romanian. There is strong support from an international business that encourages the development of foreign investment:

Awards won: In 2014 and 2015 the city picked up a variety of awards, again helping to put Cluj-Napoca on the European and International map for more than just its IT sector:

Insights into the Industry: A connected home

It seems like we are living in a science fiction film but it has now become very real, the idea that all of our houses can be connected through high-speed broadband. A great deal of this has to do with the Internet of Things. Here are some of the key aspects:

Connected home device shipments will increase at an annual rate of 67%. 1.8 billion units were shipped in 2019. This is faster than the growth of mobiles and tablets. Connected-home devices include all smart appliances, security systems, and energy equipment.

25% of shipments within the IoT will be from the connected-home category, generating $490 billion in revenue in 2019.

It isn’t just in the home, connected-car devices have also become popular and its these technologies that are driving the development of new technology. But, there are still issues trying to combine digital Internet technology with the physical apparatus.

This technology turns a home into a state of the art location, making it possible to monitor your appliances from a mobile device. Home automation involves setting the correct interactions for things like the temperature or humidity, controlled motors or switches that will inevitably make life at home more comfortable. Home monitoring lets you monitor or adjust devices or appliances through the web, from anywhere in the world. Home security is designed to protect people and pets, controlling locks and lights with real-time or near real-time video monitoring.

It all boils down to the hub! The hardware that will allow you to perform all of the previously mentioned. This hub is the link between your appliances and your smart device.

Alexandru Borcea- an expert in the field of Romanian ICT

ARIES is the Romanian Association for Electronic Industry and Software. There are currently 250 members in 5 branches: Timisoara, Brasov, Cluj, Craiova, and Iasi

Alexandru Borcea founded ARIES in 1992 and plays a crucial role in promoting Romanian ICT in the private and public sectors, both nationally and internationally. He believes that thanks to Romania’s business partners the ICT sector has risen in sophistication and innovation. There is evidence of this in so many industries from mobile apps to health and education.

However, he also believes there are problems that the industry faces. The main one being a lack of trust when sharing within the IT field. The Romanian culture has a focus on individualism, especially in the south where people are less inclined to engage with the European community. Mr Borcea hopes that the culture will change once people realize that it is counter-productive.

When asked about which areas of the ICT industry are likely to grow, he felt that e-health, e-government, and e-learning were areas to watch. Clusters will be what people are talking about and these clusters will drive competition and innovation.

During his trip to Cluj-Napoca, Mr Borcea visited the Technical University and was most impressed by its capacity to research. He also mentioned how the first EUR-ACE certified engineering program had been set up.

The Role of Java in the Internet of Things

The IoT has become a fundamental part of software development and it is constantly changing. Java is one of the areas that are critical to the development of IoT technology. The IoT is what allows things to communicate with other things through the Internet.

IoT makes it possible for multiple (and very different) devices to work together with coordination, almost to the contrary, Java is an independent platform that lets different devices connect from different suppliers and running on different operating systems. Java IoT was created to provide an integrated and secure platform for the IoT, with embedded frameworks like Java ME Embedded, Java SE Embedded, and Java Embedded Suite.

Because of its independent platform, Java can be found in banking, retail, and industrial systems. By using Java ME you can collect data from edge nodes. Java SE is the gateway to communication layers and Java EE allows for the cloud for processing and management. Specialists love Java because of how well it functions on all devices and the opportunities it provides.

From Smart homes to Smart cities, embedded systems and the Internet are necessary. The fact that our communication has grown while our devices have shrunk is thanks to embedded systems. Embedded versions of Java have been improved due to such an increase in the IoT. Oracle’s Java is a complete, secure platform for creating embedded solutions:

Java must be recognized for its success, being used by over 9 million software developers. While Oracle continues to back Java, we will continue to see improvements in existing products and new ones, many designed for embedded environments.

Java: The power behind Edge Environments

ther areas to benefit from Java’s platform capabilities are electronics and robotics, the center of the IoT. With their applications, edge environments are formed. These things include telehaptics, telematics, and telehealth. It is Java that has propelled embedded universe, redesigning both M2M and human to machine communication.

This is because Java allows for quick and easy changes to sensor technologies. As well as this, developers can reuse code and leverage code that has been developed within the Java community.

All of these advances in Java and the IoT have allowed us to see great improvements in home automation, smart technology, and even remote healthcare.

Next article Romania’s IT Industry Shoots to the Top

Steps to Hiring IT Talent in Eastern Europe

Node.js vs Django: Which is Better for Web Development?